For Luxembourg’s participation in the 51st edition of the Venice Biennale, artist and filmmaker Antoine Prum wrote and directed a medium length film (32’00’’) shot in High Definition (HD) technology and transferred to 35mm film by PTD.

Mondo Veneziano, High Noon in the Sinking City addresses a wide variety of theoretical discourses currently on the contemporary art agenda, confronting them with a series of unexpected and spectacular events. Cast in an abandoned Venice, Mondo Veneziano narrates a meeting of four protagonists, representative of key players in the art world, who appear to conduct a complex theoretical debate. But their soliloquious confrontation — an insidious patchwork of quotations from recent specialist literature, paraphrasing the widely used “post-modern” technique of sampling — is interrupted by a string of bloody killings, largely inspired by common cinema genres such as gore or splatter movies.

The Venice that serves as a backdrop to the characters’ intellectual and physical joust is in reality a large-scale film set located in a southern town in Luxembourg, which has served in numerous feature films. Mondo Veneziano does not attempt to conceal the backlot; rather, the city itself becomes something of a quotation, much like the protagonists, who are depicted as actors rehearsing their comic-style figures for a final showdown. Alternating sinuous discursive phases with resolute physical action, Mondo Veneziano is a part serious, part caustic comment on a professional milieu. 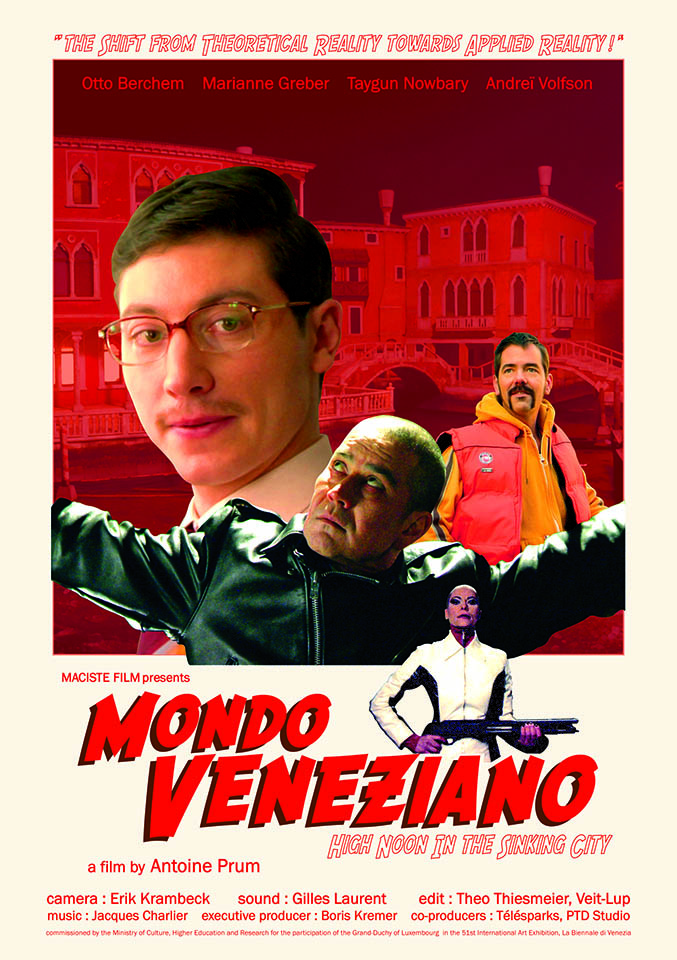 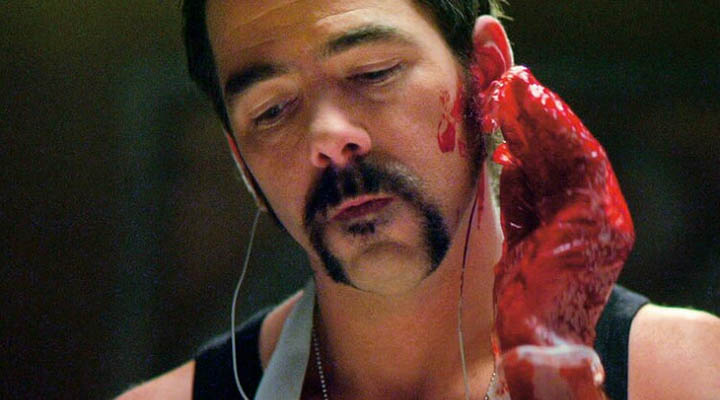 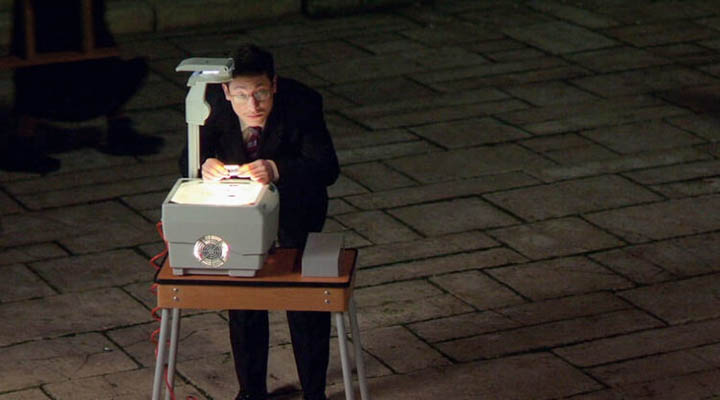 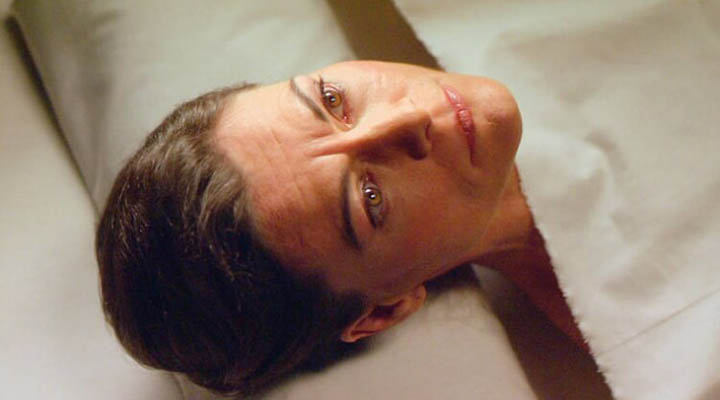 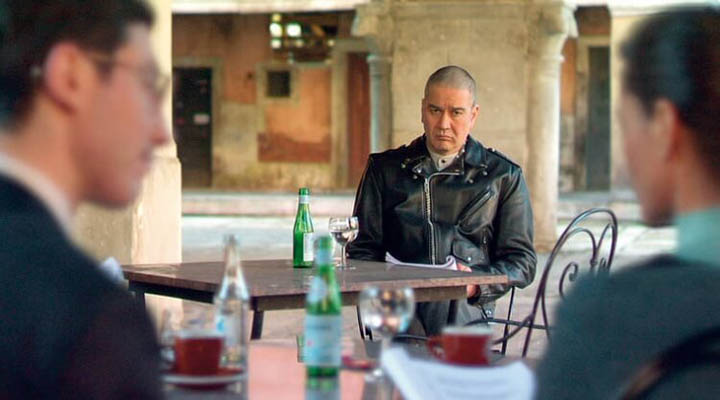