When Ruggero, a meek young man, impulsively goes to rob his rival’s bank with a fake toy gun to prove to his ex-wife, the gorgeous Giulia, that he is courageous and masculine, the odds are all against him!

But through a set of hilarious coincidences he gets away with the robbery! Detective Jonta is after him, but where to start, when no one has seen the robber’s face nor heard the sound of his voice? Ruggero has committed the perfect hold-up!

Advised by Lolli, his freshly-out-of-jail neighbour, Ruggero now has to escape Casoria, the terrible mafioso payed by the bank’s director to get him, and learn to become a man, within the crime world of loan sharks and thugs he’s unwillingly gotten into.

With Airplane! like hilarious twists, dialogues and characters à la Lock, Stock and two smoking barrels within a The Godfather atmosphere, Toy Gun is a fun, gritty and dark Italian comedy! 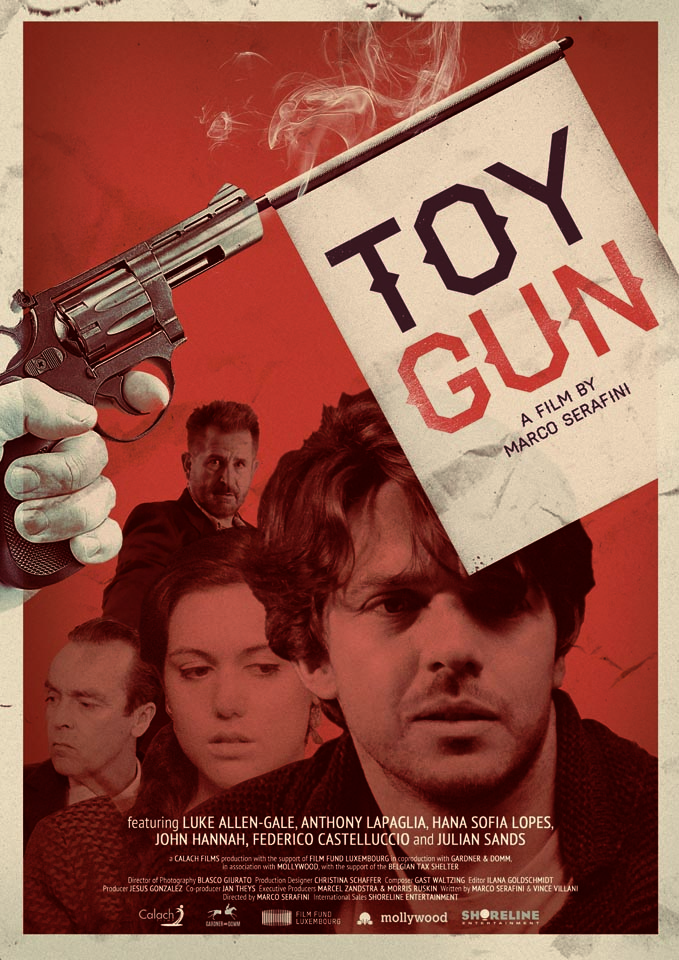